National Festival of Music for Youth 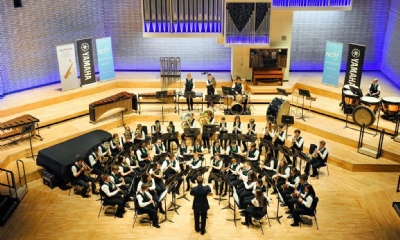 Director of Music, Clive Wears said: ‘We are immensely looking forward to getting back performing once again after such a long period of absence due to the pandemic.  The National Festival of Music for Youth (NFMY) is a great festival where the Big Band and Concert Band will be up against some tough opposition in Northampton.  We have a great set planned which feature some fine soloists including the Politano brothers, Giuseppe and Gianni as well as Sam Haigh and Kashyap Datta’

This year the Big Band welcome a number of new musicians including: