Sam was chosen to be a baton bearer for the Queen's Baton Relay which has been travelling around the world, finishing with a tour of the UK, in the run-up to the Commonwealth Games which are being held in Birmingham from 28th July to 8th August 2022.

Sam undertook his leg of the relay using his running bike on the LynnSports athletics track in Kings Lynn on Saturday 9th July.  He was accompanied by a few members of his family and friends, and school children from the local area followed behind him, cheering their support.

Sam was nominated by Linda Hanraads who worked with him as a physio during his younger years and who remains a family friend.  She wrote: 'Sam is a remarkable young man who faces the physical challenges he faces as a result of his Cerebral Palsy with incredible maturity and who does not let his disability define what he does or how he thinks of others.  He is kind, thoughtful and always does his best to do what he can.  He has undertaken several physical challenges to fundraise for different causes, and he always does it with a smile on his face.' 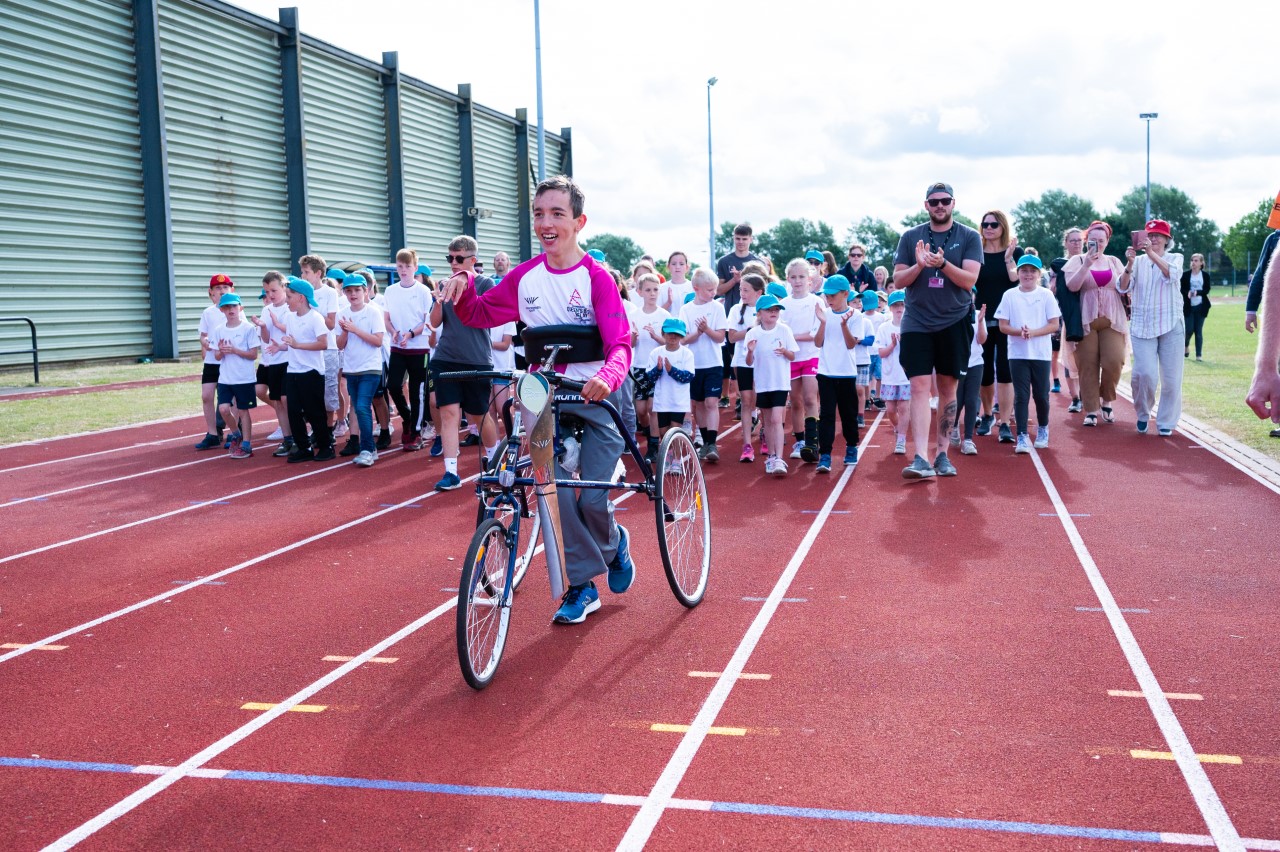 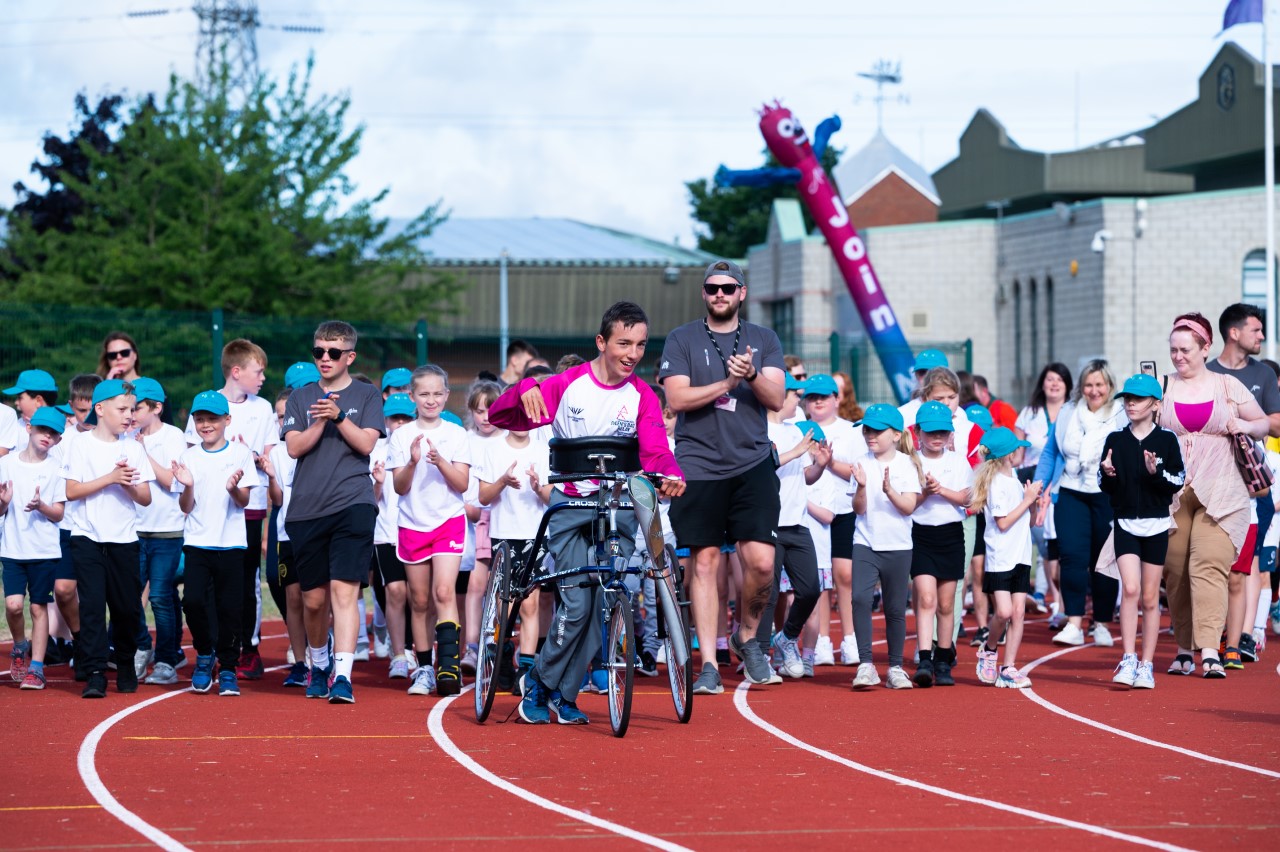