Parents can come and watch CBA musicians perform at two events next term. 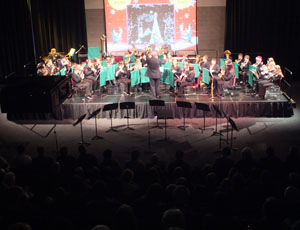 Parents can come and watch CBA musicians perform at two events next term.

Year 13 students will perform in an A level public recital which will take place in the CBA theatre on Tuesday 26th February from 4.30pm to 6pm.

CBA musicians from all years will perform in our Spring Concert which will take place on Wednesday 20th March.

The theme is ‘music from around the world’ and the show will feature African and Chinese music.

CBA musicians will also be representing the Academy at two music festivals during Term 4.

Our Senior Concert Band, Senior Woodwind group and Senior Brass group will take part in the local round of the National Festival of Music for Youth at Northampton School for Boys on Sunday 17th March.

The three groups will also take part in the Oundle Festival of Music and Drama on Tuesday 26th March. This will be the first time CBA has taken part in this festival.