More than 30 CBA students spent the day at Oxford University learning about the university and several of the subjects taught there. 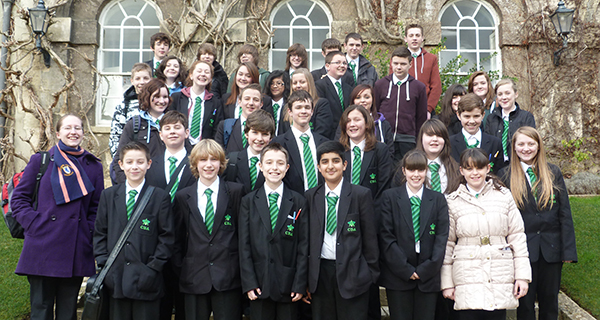 More than 30 CBA students spent the day at Oxford University learning about the university and several of the subjects taught there.

The group visited on Friday (February 1st) and found out more about studying Classics, Computer Science and Russian.

They had a look at some of the university buildings and ate lunch at Worcester College.

The aim was to introduce the students to a range of more unusual academic subjects.

Teacher Felicity Cornish said: “When we arrived the students had a talk about going to Oxford which debunked some of the myths about student life and told them more about what students need to do in order to get in and a bit about what the courses are like.

“We had a talk about Classics from two professors who spoke about their areas of interest, which were tombs and Greek sculptures.

“We went to Computer Sciences, where the students had a lecture on cyber security and took part in a demonstration of how messages are passed between computers securely.

“Then my sister Helen, who studied Russian at Oxford, talked to the students about her year abroad and what it’s like to study languages at university.”