Eight CBA students have been granted bursaries which will enable them to take a year of music lessons in school. 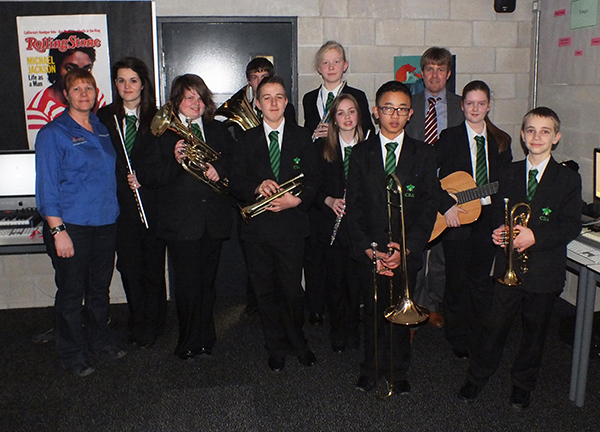 Eight CBA students have been granted bursaries which will enable them to take a year of music lessons in school.

The music tuition grants were made through Adrenaline Alley’s John Chard-Young Music Fund. The fund was set up to support young people in music and is named after talented musician and songwriter John, who passed away at the age of 24.

Mandy Young, founding director of Adrenaline Alley, said: “The partnership between CBA and Adrenaline Alley is helping young people to access John’s fund, enabling them to enjoy and develop their interest in music.

“John was passionate about music and we hope these bursaries will help the young people to go on and develop qualifications in music in the future.

“The fund is also helping to support the development of a community choir so people across the community can benefit from his fund.”

The students who have received bursaries are: