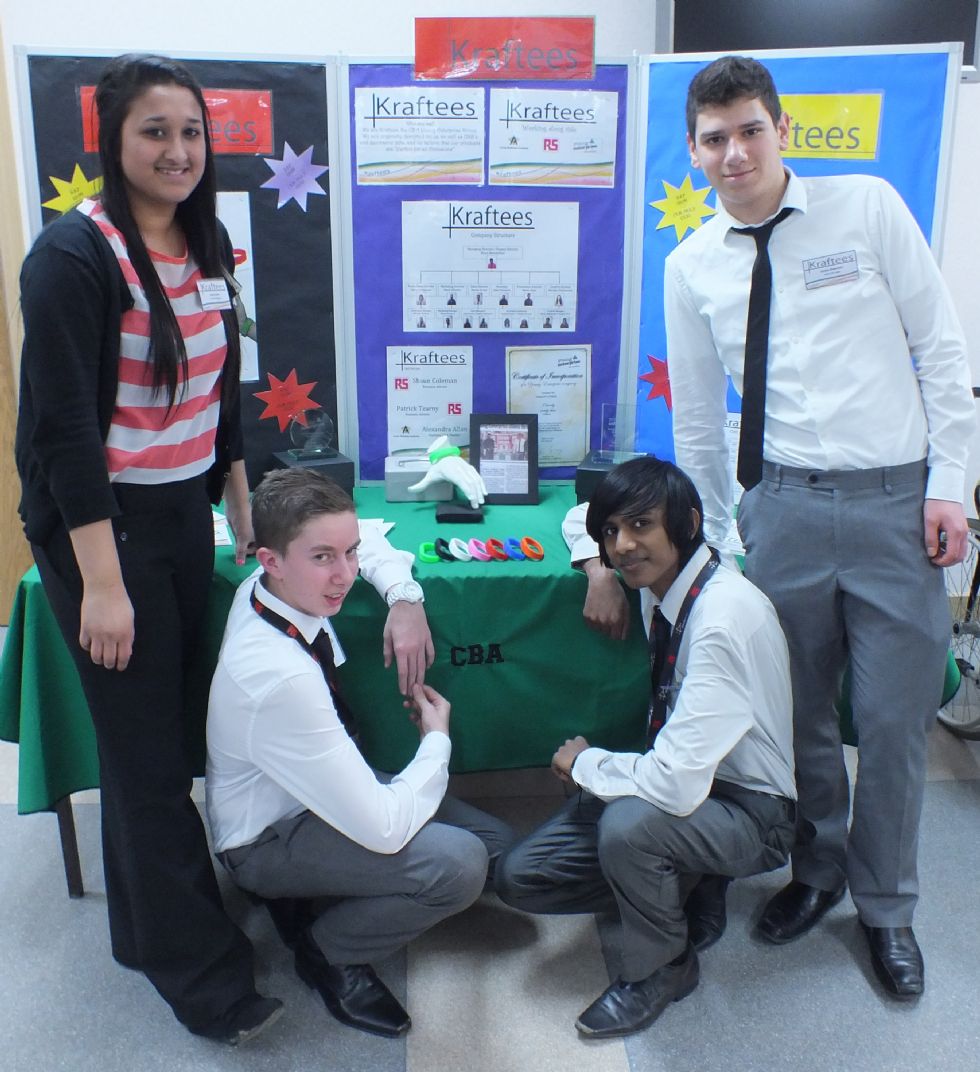 The company, which is made up of Year 12 students, was pitted against seven other county Young Enterprise firms at the final, which took place at the University of Northampton yesterday (Tuesday 23rd April).

Kraftees were named runners up in the contest, bringing their award total to six.

Throughout the Young Enterprise competition this year the company has also won awards for Best Company, Best Sales and Marketing, Best Trade Stand and two awards for Best Financial Management.

Young Enterprise link teacher Alexandra Allan said: “I think they did themselves and Corby Business Academy proud. They have created a winning formula, with a product which is in demand.

“There are many opportunities for this company to continue.”

Kraftees member Saamia Akter said: “We worked really hard on our presentation ahead of the final and we were really pleased with how it went.

“Taking part in the Young Enterprise competition has really helped with my confidence, particularly with public speaking.”