Three students won £3,000 for the Corby Food Bank by giving an engaging presentation on why the charity was worthy of the money. 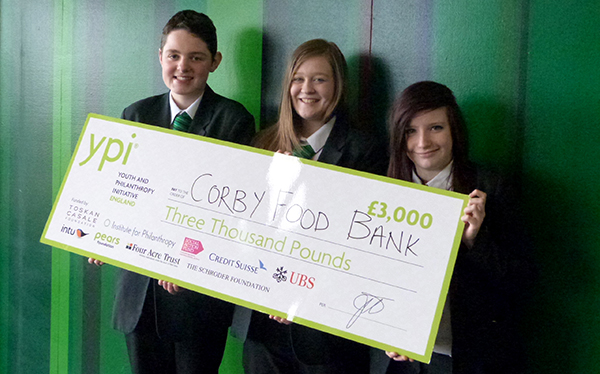 Three students won £3,000 for the Corby Food Bank by giving an engaging presentation on why the charity was worthy of the money.

Year 9 students Tinikka Searson, Cory McBride and Courtney Taylor chose to represent the Food Bank as their entry into the CBA Youth and Philanthropy Initiative contest.

At the final of the competition the group spoke about the need for the Food Bank. They asked members of the audience how someone who needs to come to the Food Bank for help might feel doing so, and how they might feel after having been helped by the service. The group threw bags of sweets to people who gave them a good answer.

For the competition, groups of Year 9 students each chose and researched local charities. In the final they gave presentations on why the charity they had chosen deserved the money.

The groups each presented their good cause to a panel of judges which was made up of Principal John Henrys, our Head Girl Ellie Mae Moore, Acting Director of Humanities Sam Stacey, and Senate members Jack Green and Bradley Thompson.