Toxic sandwiches on the menu

Corby Book Addicts made a series of disgusting sandwiches as part of a Carnegie themed activity. 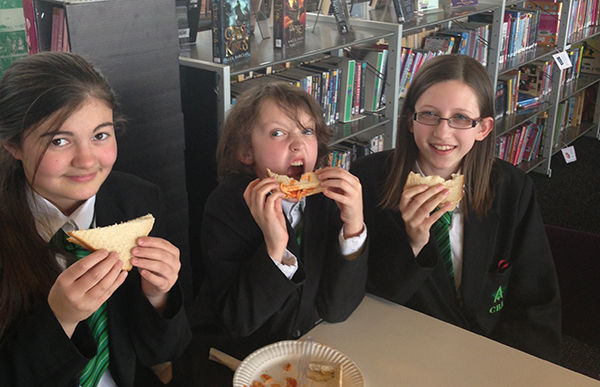 Corby Book Addicts made a series of disgusting sandwiches as part of a Carnegie themed activity.

As part of their shadowing of the Carnegie Medal, the group chose to ‘get under the skin of the bear from A Boy And A Bear In A Boat by Dave Shelton, which has been shortlisted for the award.

The bear is a friendly though slightly daft bear with dreadful taste in sandwiches. His favourite sandwich is broccoli and sherbet, which the students tried -resulting in lots of funny faces and hilarious squeals of horror.

After proving their stomachs could handle that monstrous concoction students went on to create evermore disgusting sandwich creations, which they then bravely sampled themselves.