Heather is our Bake Off winner

Heather Phillips was named winner of The Great CBA Bake-Off after the three  finalists each made their very best Afternoon Tea. 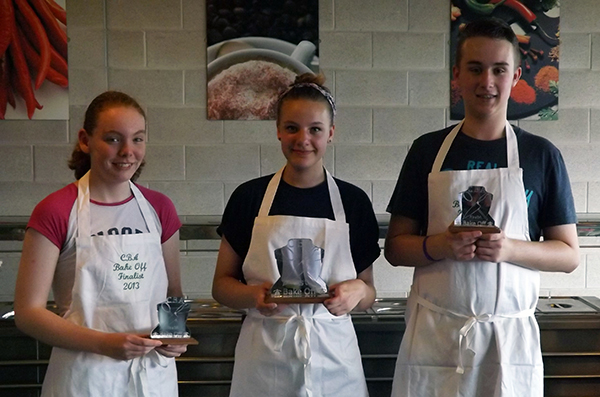 Heather Phillips was named winner of The Great CBA Bake-Off after the three  finalists each made their very best Afternoon Tea.

Lucy Hall won second prize in the competition and Bradley Thompson was third.
The three finalists took part in an all-day final on a Saturday in June.
A panel of judges tasted the Afternoon Tea platters they each produced before choosing the winner.
Heather’s prize was an iPad, Lucy won an iPod Nano and a docking station, and Bradley won a set of chef’s knives.
Restaurant manager Chris Lapsley, who ran the competition with Cath Davis, said: “The standard from all three finalists was outstanding they all worked extremely hard to produce an afternoon tea selection that wouldn’t have been out of place in a top hotel restaurant.
“I am very proud of what all three finalists have achieved and can't wait until next year to do it all again.
“I would like to thank one of my suppliers "Brakes" for their generosity in donating the prizes and ingredients for the final and to the judges, Mr Henry, Mrs Smith and Mrs Stubbins, who gave up their Saturday afternoon to deliberate over the finalists’ afternoon teas."