Week of languages gets underway

A week of languages got underway at CBA today, with students taking part in games involving French, Spanish and German. 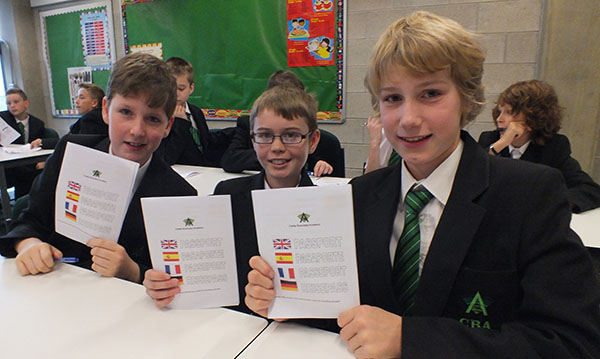 A week of languages got underway at CBA today, with students taking part in games involving French, Spanish and German.

The CBA Week of Languages is being held this week to coincide with the European Day of Languages, which took place on Thursday last week (September 26th).

This morning a class of Year 8s were each given a ‘passport’ to work in during their languages lesson. They answered questions and played bingo in French, Spanish and German. 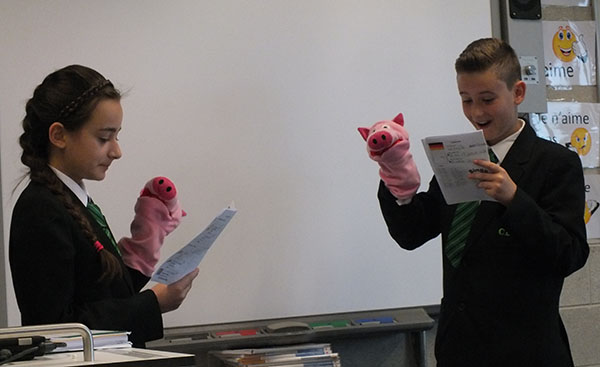 Students also took turns to take part in an activity (left) which involved ordering at a cafe and asking for the bill in French, Spanish and German.

Three students also taught their classmates how to count to 10 in Serbian.

This afternoon Year 7s took part in a quiz, with questions including 'what is the biggest city in Europe?' and 'what nationality was Vincent van Gogh?'.

The CBA Week of Languages will be marked in the restaurant with a different international special from Monday to Thursday.

Today staff and students were able to have a Croque Monsieur, a French grilled ham and cheese sandwich, at lunch.

Specials from other countries will be served throughout the week.