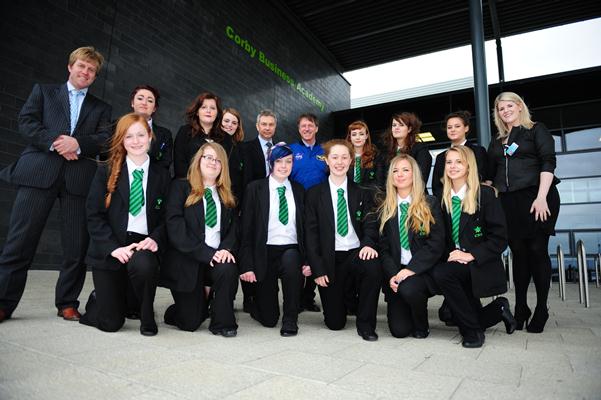 Dr Foale, who is a veteran of six space shuttle missions and was the first Briton to perform a space walk, gave a talk urging students to work hard to achieve their dreams at a conference held by XMA at CBA earlier this month.

Speaking at the event, Dr Foale recalled his experiences through school and  admitted that it was a challenge due to the constant "reality checks" his friends and teachers insisted on giving him.

But, determined to realise his dream of becoming an astronaut, he defied his doubters and went on to become one of our most acclaimed astronauts.

Speaking of his route to NASA, Dr Foale said: "I thought the only way to becoming an astronaut was to be a test pilot because that's what had happened in the past. I thought my dreams might be finished when an eye test prevented me from taking this route but I've realised that you should never look to the past to determine your actions, always strive to create a new way of doing things - you are the future and you are better equipped than anyone to see potential for change."

He also urged the students to focus on achieving dreams and being consistently good. Dr Foale said: "When the Soviet Union collapsed (whilst I was in space!) and the USA were suddenly working with Russia, I moved out there and learnt Russian. It was a challenge but an exciting one and you should never be afraid to take risks - risks are a good thing when taken with the right measure of caution."