A group of sixth formers will represent CBA in a national mathematics contest tomorrow. 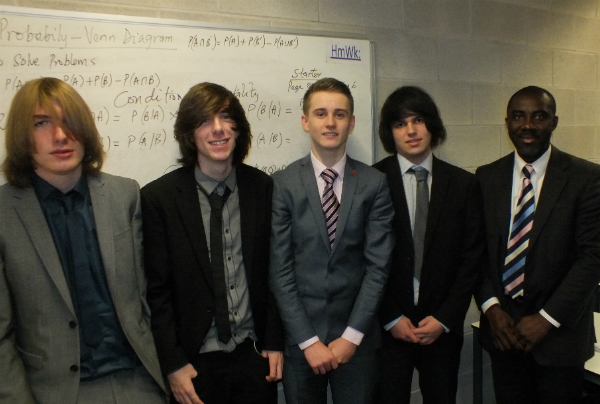 A group of sixth formers will represent CBA in a national mathematics contest tomorrow.
The Year 12 and 13 students will compete in the first heat of the Senior Team Mathematics Challenge at Loughborough University.
The four-strong team, made up of Joe March, Shay Garscadden, Sam Addy and Daniel Thompson, will have to work together to successfully complete three mathematical tasks in a bid to make it through to the competition's regional heat.
CBA assistant director of mathematics, Maxwell Sam, said: "The students have been working really hard after school to get ready for the competition.
"It takes a lot of dedication to get ready for this contest and I'm very proud of their efforts."
In the first task, the students will be challenged to complete 10 questions in 40 minutes as a group.
The second task is called crossnumber and is similar to a crossword but the questions are about maths.
The final challenge is called mini relay. The sixth formers will take it in turns to answer questions. They must each get the correct answer to enable the next member of the team to answer the following question.