Our talented Year 9 Futsal team will represent Corby at the county finals after claiming victory at their last tournament. 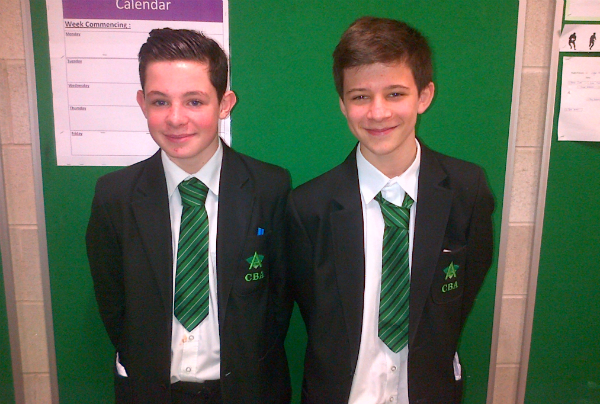 Our talented Year 9 Futsal team will represent Corby at the county finals after claiming victory at their last tournament.

Our team came top of their group at a district tournament of the five-a-side game – winning three of their four matches.

The team lost their first match 4-1 to Brooke Weston but after that they won all of their remaining games, defeating Lodge Park 2-1, Kingswood 4-1 and Prince William 3-2.

Among the players were Dean McBride and Keoni Southwick (pictured).

Dean said: “We didn’t know what to expect when we started playing as we hadn’t played before. But we put in 100% effort and knew if we did this and kept to our game plan then we would have a chance of doing well.

“Not one player stood out for us - we reached the final because we played as a team.”

Keoni added: “The whole team should be proud of what we achieved. We played some very good opponents and proved with hard work and great team work we are just as good as any other team in Corby.

“Before the game our manager told us we were as good as any other school and it was nice to prove that.”

The other members of the team were Caleb Tierney, Cain Walden, Daniel Scott and Jordan Mobbs.

Jordan was the CBA player of the tournament and the top scorer on the day.

The County Futsal Finals will be held at Moulton College in February.