Our netballers represent district at tournament

Netballers from our Academy represented Kettering and Corby at the U-16 County Tournament. 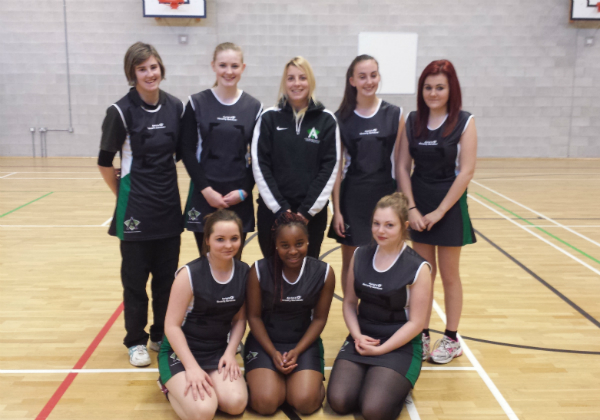 Netballers from our Academy represented Kettering and Corby at the U-16 County Tournament.
The event was held at Northampton High School and the standard of competition was very high.
Our team beat Northampton School for Girls and drew with Wellingborough School but lost the rest of their matches during a tough contest and came 5th overall.
Active director Amy Harris said: "I am so proud of them for getting through to the county tournament.
"Some of our students had never played at county level before and the chance to compete against schools which are ranked very highly in the region was very valuable.
"They played really well and there wasn't much in the goal difference in the matches they lost.
"If our Year 11 players stay on for Sixth Form we should have a good U-18 team next year."
The team was made up of Year 11 students Erica Turner, Aimee Warrior, Amy Moore and Abigail Buckland and Year 10 students Vanessa Mumba, Eve Pavitt and Hannah Gibbons.
Vanessa was recognised by the county organiser as being an exceptional player and Erica was named player of the tournament by Mrs Harris.