The Academy has been turned into a winter wonderland by staff and students battling to win the Best Christmas Tree competition. 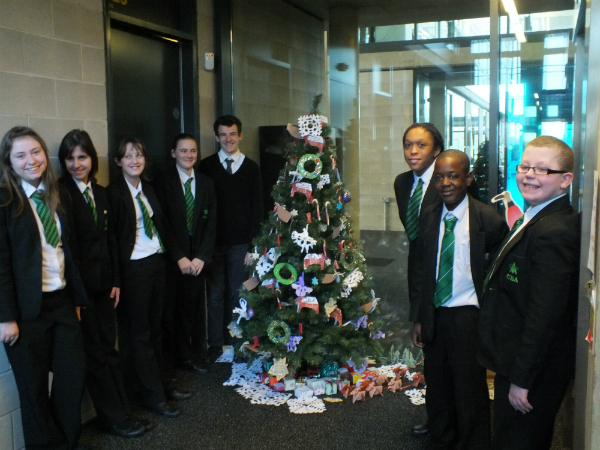 The Academy has been turned into a winter wonderland by staff and students battling to win the Best Christmas Tree competition.
The prestigious contest reached new heights this year with some faculties taking other staff members off their emailing lists so they could keep their preparations secret.
The entries, which took their theme from the poem ‘Twas the Night Before Christmas, were so good that it became impossible to pick just one winner and in the end the title was awarded jointly to Unit (pictured above) and PNS (pictured below).
Unit’s display featured Santa going headfirst down a chimney, a reindeer sitting in a sleigh pulled by other reindeer, audio decorations featuring the students reciting the poem, salt dough decorations, presents and paper snowflakes and dancers.
Unit director Claire Robinson said: “All the decorations have been made by the students. They have worked creatively both independently and in teams.
“Everyone has been involved and we’re pleased to have done so well.”
The PNS display twisted the theme and was called the Night After Christmas.
It featured an adaptation of the popular poem, decorations showing televisions broadcasting science programmes, pictures of sporting events, a half eaten turkey, a partygoer under a table, balloons, games and toys.
Vice principal Lorraine Smith said: “We were really pleased with how the PNS tree turned out this year. It was great fun to do and we hope it makes people smile.
“We have some fantastic Christmas tree displays across the Academy and it’s clear that students and staff have put a lot of hard work into them.” 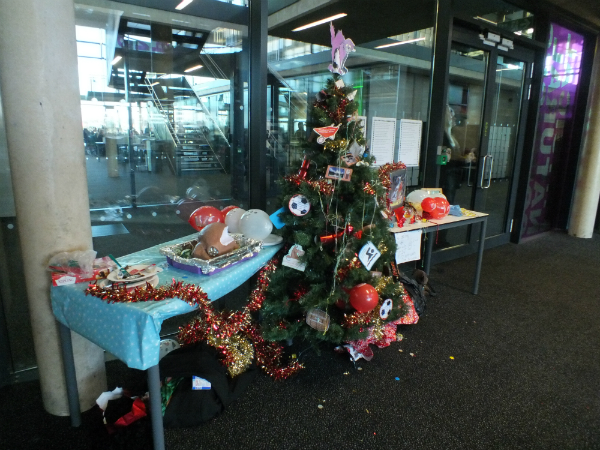