Our Academy will welcome students from across the East Midlands to a prestigious foreign languages tournament for the third year in a row. 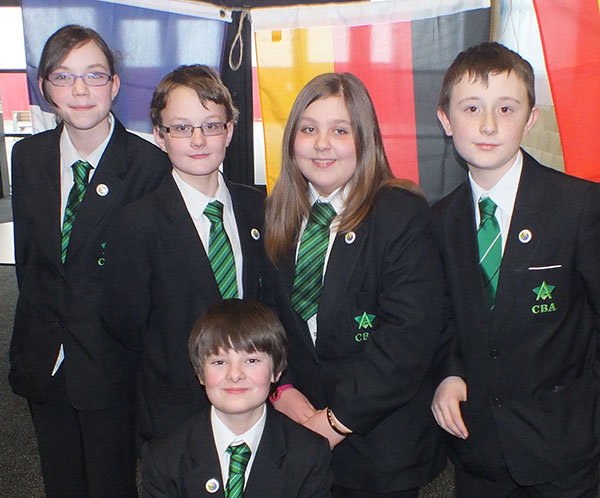 Our Academy will welcome students from across the East Midlands to a prestigious foreign languages tournament for the third year in a row.

Corby Business Academy has once again been asked to host the regional final of the Foreign Language Spelling Bee that will be held on March 19th.

The competition gives Year 7 students the opportunity to practice and improve their vocabulary, spelling and memory skills in French, German or Spanish.

As well as hosting the event our Academy will put forward a team of students to take part in the French section of the competition.

Director of Modern Foreign Languages, Karen Turney, said: “We have been working hard with about 15 students who will take part in a small competition in school to win one of four places in the Academy’s team for the regional finals.

“Our students are enthusiastic and are keen to take part.

“We’re very proud that our Academy has been asked to host the event again thanks to our excellent facilities and catering.”

During the competition the students will each be given one minute to spell out as many words in their chosen foreign language as they can.

French Assistant, Mathilde Briaud, has been working hard with our students during Session 4 to prepare them for the competition.

She said: “To really engage with a subject like French you have to speak it to improve.

“The Spelling Bee makes the students pay attention to the words and how they sound and are spelled.

“It also encourages them to speak French in front of other people and is a lot of fun.”

The event is organized by Routes Into Languages East, based at Anglia Ruskin University in Cambridgeshire, and is sponsored by Vocab Express.

As a result of Vocab Express’ involvement, competitors have received free access to its online vocabulary learning software for the duration of the event.

The winners of the regional final will go through to the national final that will be held at Anglia Ruskin University this summer.