Our talented young boccia players and Young Leaders were praised by members of Boccia England during a regional competition. 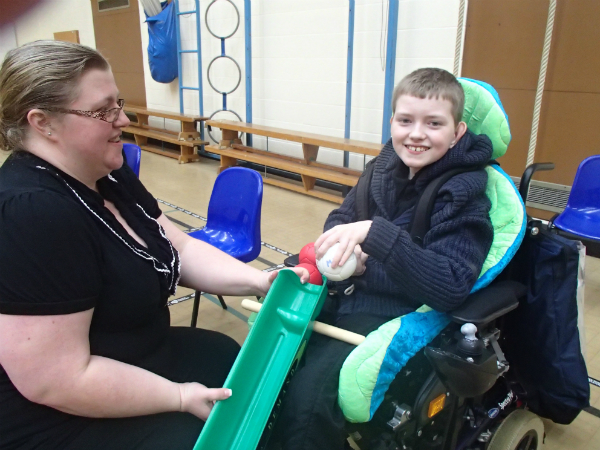 Our talented young boccia players and Young Leaders were praised by members of Boccia England during a regional competition.

Students from Unit were invited to compete in, and referee at, the East Midlands heat of the Lord’s Taverners Boccia Competition in Sleaford last week.

Boccia is a non-contact precision ball sport, related to bowls, which tests a player’s skill rather than their speed or strength.

Teacher Nikki Clark said: “The children played really well across all three of their matches.

“Although they didn’t make it through to the national final one of our players, 14-year-old Ryan McDade, was spotted by a representative from Boccia England who said he thought Ryan should be put in touch with a local coach for training.

“We also took along four Young Leaders from Unit, Nickie Binder, Charley Graham, Rohesia Woolley and Jordan Stuart, to referee at the event.

“The people at Boccia England were very impressed with them and found them to be very mature and responsible.”

There is also a possibility that one of our Young Leaders, Charley Graham, may be a referee at the national competition which will be held in Sheffield in March.

She said: “I enjoyed the regional competition - it was a lot of fun.

“I like refereeing because it’s nice to be able to help the young players.”

To see more pictures from the competition click here