Our Year 7 students have received their first letters from their new French pen pals.

Our Year 7 students have received their first letters from their new French pen pals.

About 60 of our students have started exchanging letters with a group of students from Ecoles du Bon Sauveur in Saint Lo near Mont St Michel where the Academy goes on the annual French trip.

Our students are now working on their first letter in French which they will send to their new friends.

Among them is 11-year-old Nicole Ford who will be writing to her new pen pal Alicia Marie.

Nicole said: “My pen pal told me she is 10 and she wished me a happy new year.

“She told me she has a dog, a fish and a rabbit and she asked me how I was.

“When I write back to her I’m going to ask her how she is and tell her a little bit about me.”

Fellow Year 7 student Chloe Calland, 12, added: “I was really excited to get my letter from my new pen pal, Justine.

“She told me she has a horse, a brother and a sister and she told me a bit about her family.

Director of Modern Foreign Languages, Karen Turney, said: “It’s great for the students to have French pen pals partly because it is such a novelty to get letters these days but mainly because this makes them write for a purpose.

“The students were really excited to receive their letters.” 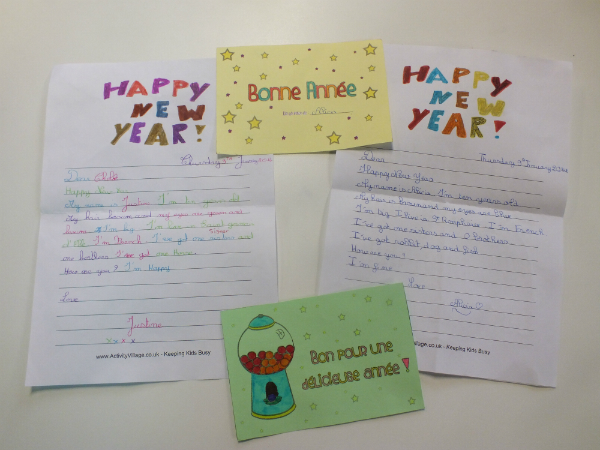