Our students have measured up well against some of the best read people in the country. 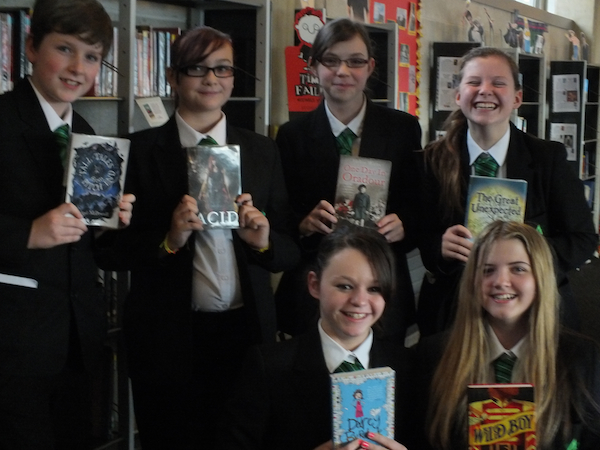 Our students have measured up well against some of the best read people in the country.

Since last November, more than 20 of our students have been trying to read the 140 books which were nominated for the Cilip Carnegie and Kate Greenway Children's Book Awards to see if they could spot the winners.

The 40 books which have made it through to the next stage of the awards, the longlist, were revealed last week and so far our students have been correct in their judgements.

Librarian Amy McKay said: “All of the students were very opinionated about the books and were really spot on with what wasn’t going to make it through to the next stage.

“Louie Anderson in Year 8 read a fair amount of the books on the first list and he was spot on with his recommendations for the longlist.

“Another Year 8 student, Lauren Shirlaw, made comments about the books which were identical to the ones that the judges made. For example, there was one book which she said was not as clever as the author thought it was and the judges agreed and said the book was trying to be clever at the expense of plot.

“Niamh Scott, of Year 8, considered the judges’ criteria and made some really good assessments as well.

“The Year 10 students were also pretty spot on with their views on the book they read, The Bunker Diary.

“Year 11 student Melissa Williams has also really promoted The Bunker Diary and as a result it’s right up there on the library’s borrowing list.”

“We’re lucky here because we have new books coming in all the time so the students have the best contemporary books to choose from.

“This initiative also encourages them to read outside their comfort zone.”

The students have now begun looking at the books on the longlist to see if they can pick which ones will make it through to the shortlist.

The shortlist will be announced on March 18th.

The books longlisted for the 2014 CILIP Carnegie Medal are:

The books longlisted for the 2014 CILIP Kate Greenaway Medal are: