Charities come under the spotlight during assembly

Students examined the work of several prominent UK charities during one of our latest assemblies. 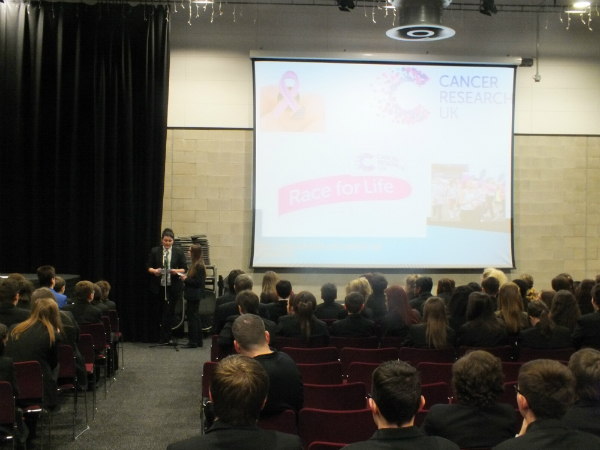 Students examined the work of several prominent UK charities during one of our latest assemblies.

Members of 9S hosted an assembly called Does Charity Begin at Home? today which included a slideshow of pictures of a variety of charities and two videos featuring the work of Cancer Research UK and the Dogs Trust.

The assembly also highlighted the work carried out by Mind, the NSPCC, Youth Music, and the RSPCA.

At the end of the assembly teacher David Joseph encouraged students to promote their own fundraising efforts for charity.

He said: “If you’re interested in helping a charity speak to your form tutors so we can spread the word around the Academy.”

During the assembly students learned a number of interesting facts about the charities.

The students discovered that every year one in every four people experience a mental health problem during the presentation about Mind.

The talk about the RSPCA informed students that the charity had begun in a London coffee shop in 1824 and that every 30 seconds someone calls its helpline.

The audience also clapped when the speakers urged them to support vulnerable children during the talk about the NSPCC.