Gold and Bronze for Unit students at Winter Games

Athletes from Unit have won two medals at the Northamptonshire Winter School Games. 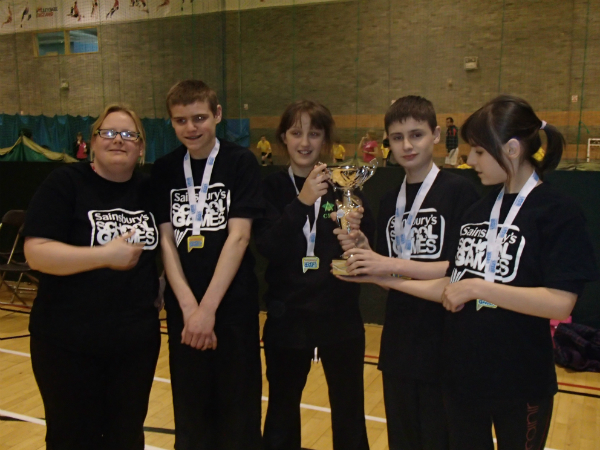 Athletes from Unit have won two medals at the Northamptonshire Winter School Games.

Today they won gold in the New Age Kurling contest and yesterday they won bronze in the Athletics competition.

“They have demonstrated great teamwork and independence skills throughout the Games.

“It’s the first time we have competed at the Winter Games and we didn’t expect to do so incredibly well.

“We’re thrilled to have won gold in New Age Kurling and are also particularly pleased to have secured the bronze in the Athletics competition because we don’t really cover athletics until the summer term.”

Our Unit students were representing Team Corby, Oundle and Thrapston at the Games.

In total more than 1,000 young people and children have been competing at the Games this week.

The Games feature 28 separate competitions, including the three disability sports our Unit students were competing in.

We also have Academy students from outside the Unit who are competing in events at the Games this week.