Contest to find Great BWT Bake Off champion is launched

Junior Paul Hollywoods and Mary Berrys have taken part in their first masterclass in The Great BWT Bake Off. 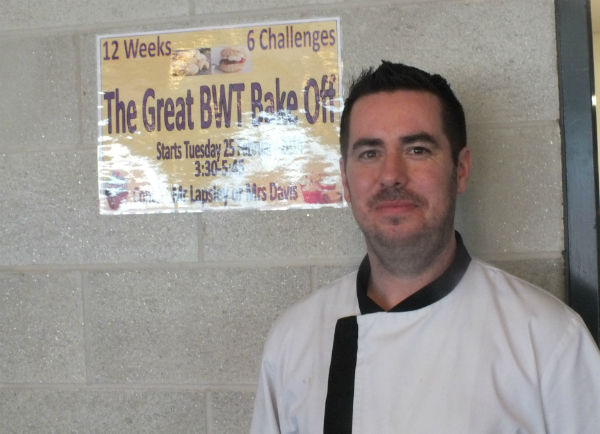 Junior Paul Hollywoods and Mary Berrys have taken part in their first masterclass in The Great BWT Bake Off.

Our enthusiastic student bakers will be given six baking masterclasses and take part in six baking challenges over 12 weeks.

The competition opened last Tuesday with the first baking masterclass on making basic shortbread biscuits and this Tuesday the students will show how they have adapted and improved upon the recipe during their first baking challenge.

CBA Restaurant Manager Chris Lapsley, who is running the masterclasses, said: “Last year we held the very first CBA Bake Off and it was so popular that this year the competition has been opened up to other Brooke Weston Trust schools too.

“Our first masterclass for our students went really well. They were really excited and they couldn’t wait to get home and start practising the recipe and adding to it.

“The masterclass gives them the base to work from but if they want to win they have to enhance the recipe and do more with it.

“I think we’ve got some really good competitors this year and it’s great to see some of the students who took part last year taking part again this time.”

The remaining masterclasses will show the students how to make scones, a tray bake, cup cakes, mini tarts or pies with sweet or savoury pastry or fillings and miniature bread rolls.

The competition is for students in Years 7 to 10 and during each baking challenge they will be judged in three areas – presentation, taste and hygiene.

Students can win up to 10 points in each area during each challenge.

At the end of the competition the points will be added up and CBA’s best bakers will go through to the grand final of the Bake Off where they will compete against the best young bakers from other Brooke Weston Trust schools.

During the grand final they will take part in a whole day of challenges when they will make everything they have learned during the course of the competition to create an afternoon tea.

They will be judged by a panel of independent judges from the catering industry.