Show off your talent for young people's charity

The search has begun to find the winner of the 2014 CBA’s Got Talent competition. 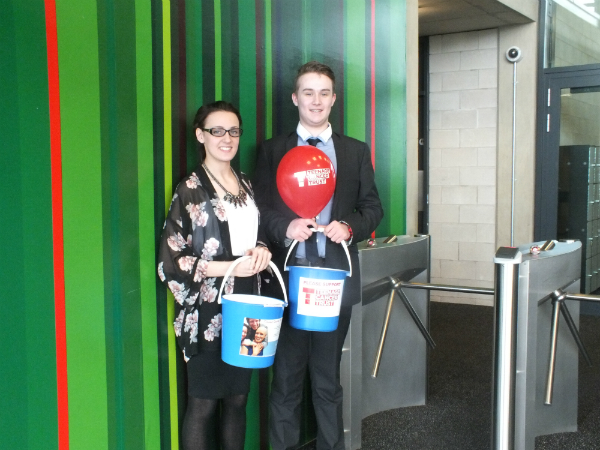 The search has begun to find the winner of the 2014 CBA’s Got Talent competition.

Students and staff can now sign up to take part in auditions for a place in the grand final which will take place at the end of April.

The competition is being organised by a group of Sixth Form business students in aid of the Teenage Cancer Trust.

One of the Sixth Formers, Bradley Thompson, said: “Within the first couple of hours of the launch of the competition we were inundated with people asking us about it and nearly 20 people signed up for the auditions.

“We’re hoping to get a wide variety of acts, including singers, dancers, magicians and comedians.

“We hope lots of people will come forward to show off their talent.”

Fellow competition organiser Kia Hardingham, added: “All the money we raise will go towards the Teenage Cancer Trust. We chose that charity because it is close to a lot of people’s hearts.

“We hope lots of people will take part in the auditions and come along to the final so we can raise lots of money for the trust.”

The contest has been sponsored by Seatons Solicitors, of Northamptonshire.

Adrian Chambers, of Seatons Solicitors, said: “We are proud to sponsor this talent competition to nurture and encourage young local talent in their endeavours.”

The auditions will be held in the Academy’s main theatre from 3.45pm to 5.45pm on April 1st and April 3rd.

Sign up sheets for the auditions are available at student reception and the library.

The top 10 acts from the auditions will make it through to the grand final which will also be held in the Academy’s main theatre from 3.45pm to 5.45pm on April 21st.

Tickets for the final will be available from student reception from March 20th at a price of £1. Refreshments will also be sold at the final in aid of the charity.

To find out more about the Teenage Cancer Trust click here

(Pictured are Sixth Formers Kia Hardingham and Bradley Thompson with promotional materials, provided by the Teenage Cancer Trust, for the event.)