Musicians and singers to perform at festival

Singers and musicians are preparing to compete in a prestigious arts festival. 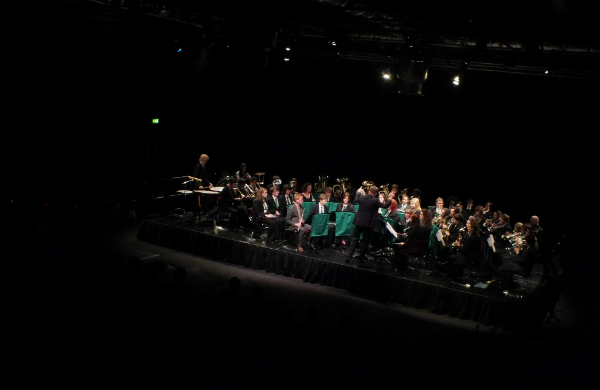 Singers and musicians are preparing to compete in a prestigious arts festival.

Corby Business Academy has entered six groups into this year’s Oundle Festival of Music and Drama.

Director of Music, Clive Wears, said: “We’ve been working very hard towards this festival all term and we are all looking forward to it.

“It’s good for us to perform in front of other schools and to see what standard they are at.

“In the past we have won the Senior Brass and Senior Concert Band categories and we’ve come second in the Senior Woodwind group so we’re hoping to do well again this year.”

The festival will take place from Saturday 29th March to Wednesday 2nd April.

The Senior Choir and CBA Vocalize will perform in the Great Hall of Oundle School on the Monday during the afternoon session which starts at 2pm.

The Junior Concert Band, Senior Brass Ensemble, Senior Woodwind Ensemble and Senior Concert Band will also perform in the Great Hall on the Tuesday during the morning session which starts at 9.30am.

All the competitive sessions are open to the public. Admission is £1 for adults but children get in free.

Programmes are available from Oundle Bookshop.