Our Academy has hosted a prestigious foreign languages tournament for the third year in a row. 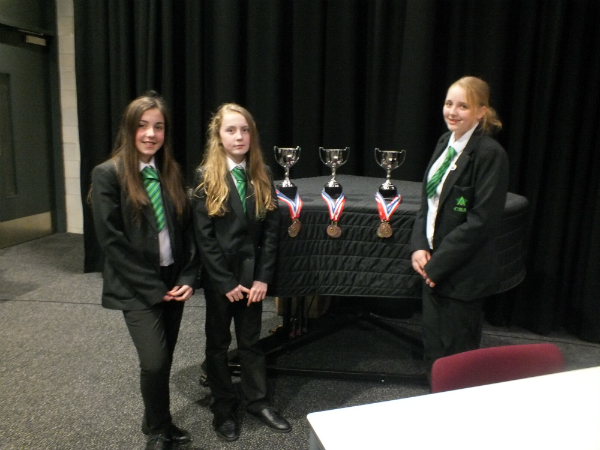 Our Academy has hosted a prestigious foreign languages tournament for the third year in a row.

We welcomed students from all over the East Midlands to the regional final of the Foreign Language Spelling Bee.

We also entered three of our Year 7 students into the French section of the competition.

CBA French Assistant Mathilde Briaud said: “It was really intense. The competition was very hard this year because there were more schools taking part than ever before.

“It’s hard to be tested in front of students from lots of different schools and our students coped really well with the pressure.

“We didn’t win but I’m very proud of the way our students performed.

“I think they really enjoyed it.”

During the competition the students were each given one minute to spell out as many words in their chosen foreign language as they could.

Nicole said: “I was really excited about the competition because I enjoy learning French.

“It was good to see how the other students performed.”

Chloe said: “I practiced really hard. This is the first time I’ve done anything like this.”

Lauren added: “I felt really nervous but I focused on all the practice I had done.”

The event was organized by Routes Into Languages East, based at Anglia Ruskin University in Cambridgeshire and is sponsored by Vocab Express.

(Pictured are our competitors with the tournament trophies)