Corby Carnival Court is made up of our students

The four girls chosen to make up Corby’s 2014 Carnival Court are all from Corby Business Academy. 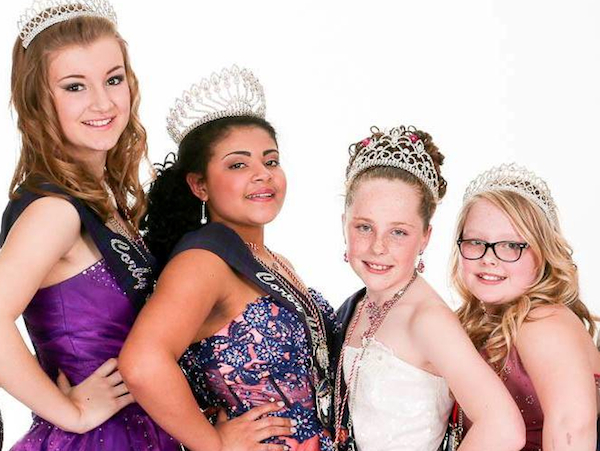 The four girls chosen to make up Corby’s 2014 Carnival Court are all from Corby Business Academy.

The girls were selected and crowned at an event at Corby’s Grampian Club in front of 300 people earlier this month and have already represented the town at a number of public occasions.

Year 7 student Nakita said: “I wanted to join the carnival court so I could make new friends and go to different places.

“I was really excited and happy when I found out I had won a place. The judges told us we were chosen because we kept our smiles and held our posture well.”

So far the girls have represented Corby at a number of selection nights for carnival courts in other towns.

In the summer, the girls will show off their carnival float in front of their hometown at Corby Carnival on July 12th.

During the coming year they will take part in a number of other events, including representing the town at other carnivals around the country and competing at the Miss South Midlands competition.

(Pictured from left to right are Lana, Amber, Nakita and Angel)