Band will perform at national festival

Our Senior Concert Band has hit the headlines after winning the right to perform at a national festival which celebrates the UK’s best young musicians. 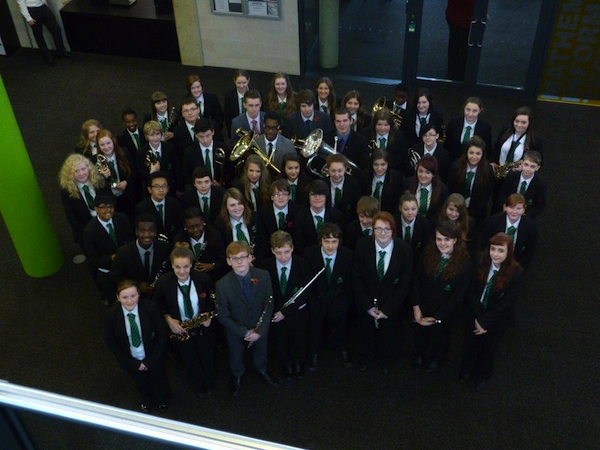 Our Senior Concert Band has hit the headlines after winning the right to perform at a national festival which celebrates the UK’s best young musicians.

The band will perform at Music for Youth’s National Festival after impressing judges at a regional competition with a 10-minute programme of music and its achievement has been highlighted to thousands of readers on page 4 of the latest Corby edition of the Northamptonshire Telegraph.

During the National Festival the band will perform in front of more than 2,000 spectators at the prestigious Symphony Hall in Birmingham.

CBA Director of Music, Clive Wears, said the appearance will be the highlight of the school’s musical achievements to date.

He said: “To play in Symphony Hall is a once in a life time opportunity for some of our students.

“This is indeed national recognition for our Senior Concert Band. Everything we have accomplished so far has built towards this moment.

“The students are incredibly excited because you never expect this to happen to you. It’s a fantastic achievement and rewards all the hard work of our students and staff.”

At the regional competition our band performed Encanto by Robert W Smith and Fantasy on An American Marching Tune by Robert Sheldon.

The band will perform at the festival on Thursday, July 10.