Four of our musicians helped Youth Brass 2000 to win the National Youth Championships. 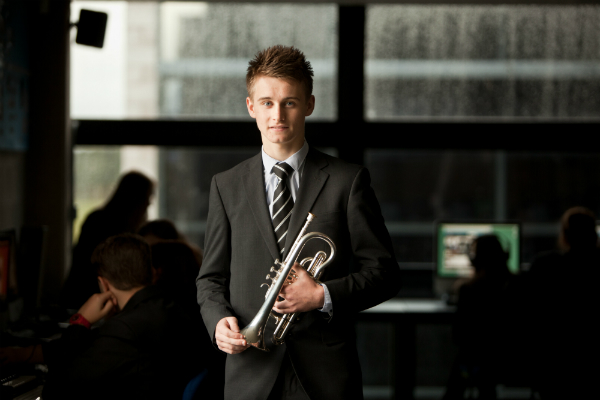 Four of our musicians helped Youth Brass 2000 to win the National Youth Championships.

CBA students Sam Addy (pictured), Andile Chiwuta, Louie Anderson and James Wilson all perform with the popular county band and helped it win the Blue Riband Championship section title at the championships at the University of Salford over the Easter holiday.

Sixth Former Sam, who plays the Cornet, said: “It’s an honour for us to win this award because it’s very prestigious.

“I understand that as we’ve won the contest we will be entered into the European competition which will take place in Germany next year.

“We won’t start rehearsing for that until nearer the time and I’m really looking forward to it.”

Fellow Sixth Former Andile added: "For me it was great to be there because it was my last competition with Youth Brass 2000.

“I was happy to see how the band had developed since I started with them five years ago and to be with them as they competed in the biggest competition in Youth Brass Banding in the United Kingdom. It was a real honour for me."

The band performed a 20-minute programme featuring a set piece and a couple of pieces it had prepared.

The win gave the band its third victory in four contests this year.

The National Youth Championships are considered to be one of the most important contests of the year.