A Sixth Former who was honoured for his enterprising skills has received his prize. 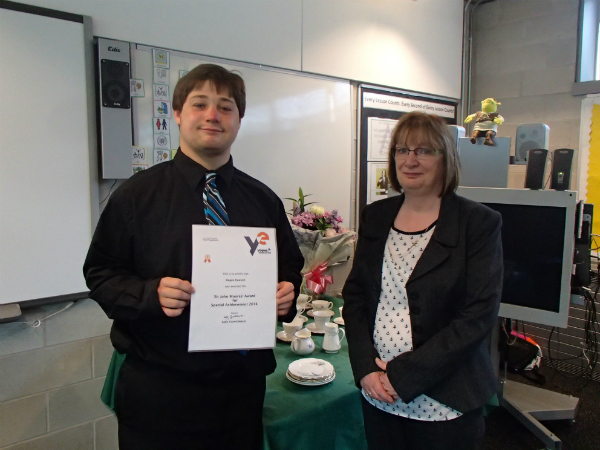 A Sixth Former who was honoured for his enterprising skills has received his prize.

He was presented with the award by Happy Hands UK’s business advisor, Janet Kemm, of R S Components, along with a cheque for £100.

Hagen said: “It feels really good to have my award – it makes it feel a bit more real.

“I think I’m going to use some of my prize money to take my Dad and uncle out for a meal and I might spend some of it on fishing equipment.”

The awards ceremony included a presentation on the work of Happy Hands UK and refreshments.