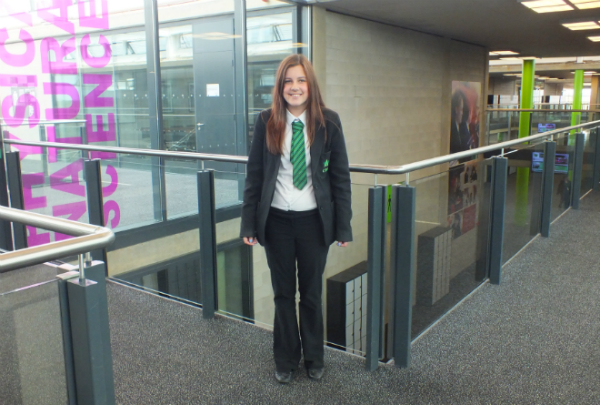 Her win at Rockingham Triangle in Corby means she will go on to compete at the county championships this coming weekend.

Sophie, who trains with Corby Athletic Club, said: “I felt nervous going into the district competition so I was really happy when I recorded a personal best and won.

“I’m nervous about competing in the county competition but I’m excited too. It will be the first time I’ve competed in a county event.

“It would be great if I could come back with a medal.

Sophie trains every Tuesday and Thursday and occasionally trains on a Sunday.